It's All About Connecting and Staying in Touch

Generations since 1820 have come together not only for worship but for fellowship and community. St. Andrew’s has been host and sponsor of pre-school Mission Bands, Playgroups and Sunday School, Youth Groups, Explorers, CGIT, Ladies Aid Societies, Women’s Associations, Women’s Missionary Societies, the United Church Women (UCW) and Study Groups. Decades later the people of our church family still gather at our beautiful building or in our homes to share our faith and stay in touch with the community.

Early area settlers, mainly from Ireland and Scotland, first arrived in the early 1820s. At that time both Methodist and Presbyterian preachers travelled throughout the area holding services for these pioneers in their homes, school houses and even outdoors. By the 1830s a Methodist congregation had been established in Cedar Hill and a Presbyterian congregation in Ramsay. In those days everyone travelled by foot through the backwoods to attend worship in their respective faiths. A Presbyterian church was built in the village in 1838 where visiting ministers led worship. It wasn’t until 1840 when a Kirk Session (the first court of the Presbyterian Church) was formed to procure their own minister for a congregation that became known as St. Andrew’s.

Since the very beginning when Rev. Dr. Alexander Mann arrived from Scotland in 1840, St. Andrew’s has been blessed with dedicated ministers. Rev. Mann served the people of St. Andrew’s for 42 years and left a great legacy of records of baptisms and marriages from those early days. These records have been indexed by the Kingston Branch of the Ontario Genealogical Society. 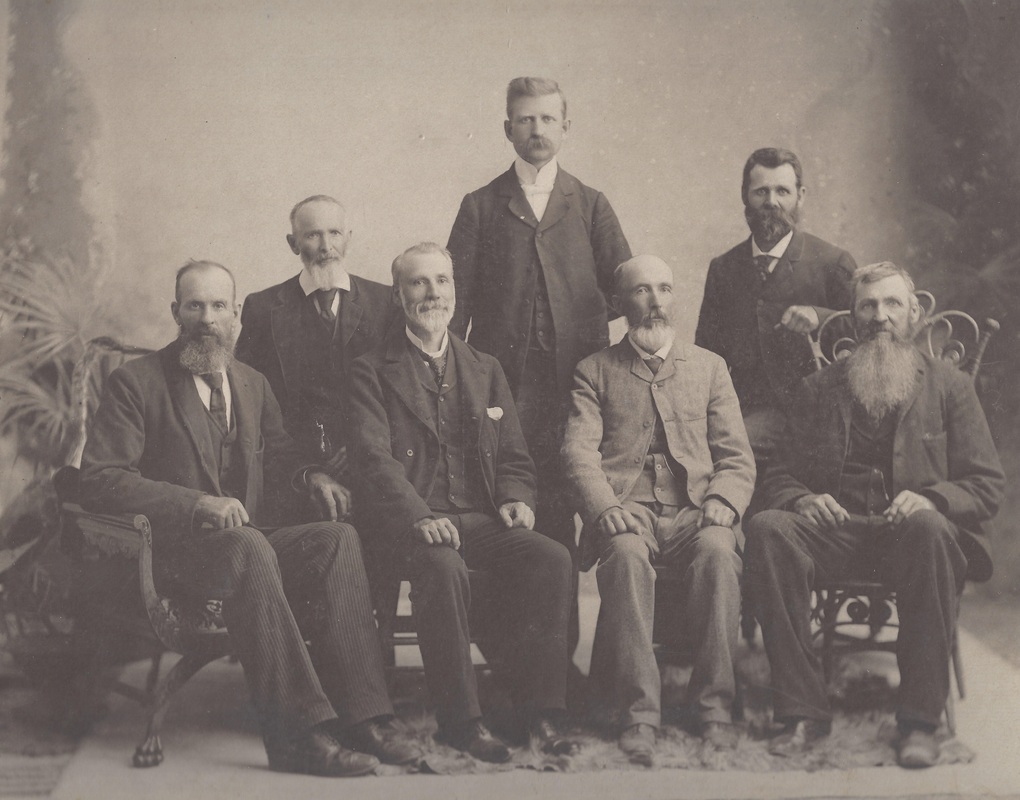 Back Row - Left to right
Rev. E. S. Logie (Minister of St. Andrew's at the time of its construction), Robert Graham, ​Henry Blair

Photo was taken in 1897, shortly after the church was built, and donated by Mrs. Annie M. Steen, Granddaughter of Robert Graham 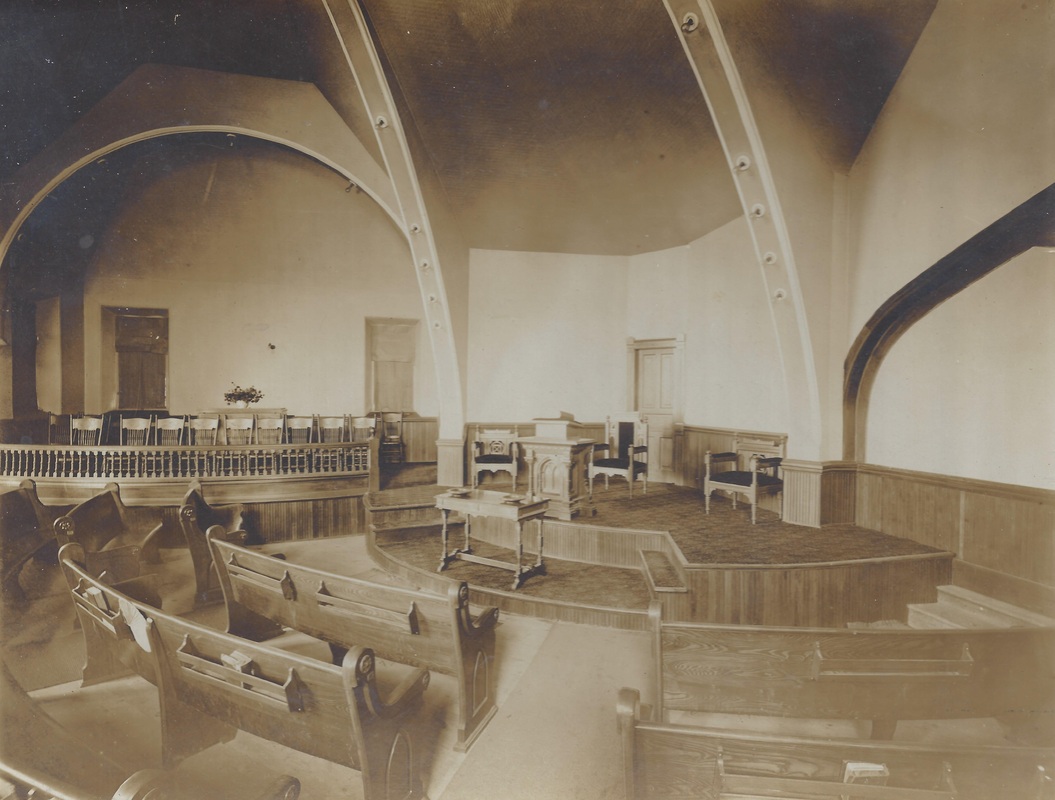 The interior of St. Andrew's Church in 1898 showing some of the 90 electric lights which were a feature of the church.
Photo donated by Edna Ross
The church building went up in 1897, replacing three earlier Presbyterian churches. A clay tile roof was in the original plans in 1897 but was not installed at that time. Following almost a century of roof repairs that tile roof was finally added in 1990. Another major project over the years was the repair and re-leading of the beautiful stained glass windows. An extensive renovation 2009 resulted in the addition of two furnaces and a modern kitchen facility. In 2020 the Dining Hall was renovated, new duct work was installed and an audio visual system, complete with cameras, projector and sound board was installed.

New Audio Visual System
Reminiscences of Ron Turner,
son of Rev. Harold A. Turner BA.BD. who served as St. Andrew's minister between 1937 and 1949.
Provided in 2021

It was with great delight that I came across the St. Andrews web site and saw that it is still a thriving entity in the local community. I have not been in the Pakenham area in over thirty years, as I now live near Kingston and am 84 years old.

Ron Turner 3143 Sydenham Rd, RR 1 Elginburg, ON K0H 1M0 (613-542-5752)
When my dad was the minister in Pakenham, it was a “three point charge”. This meant that dad was the officiating minister of three congregations: Pakenham, Cedar Hill, and Antrim. The Sunday routine involved preaching the 11am service St. Andrew’s in the morning, Cedar Hill at 2pm in the afternoon, and Antrim for the 7pm evening service. This was accomplished by dad hobbling along in his 1934 Chevy coupe, in the war-time years, and moving up to a 1937 Chevrolet sedan in 1945.
​ 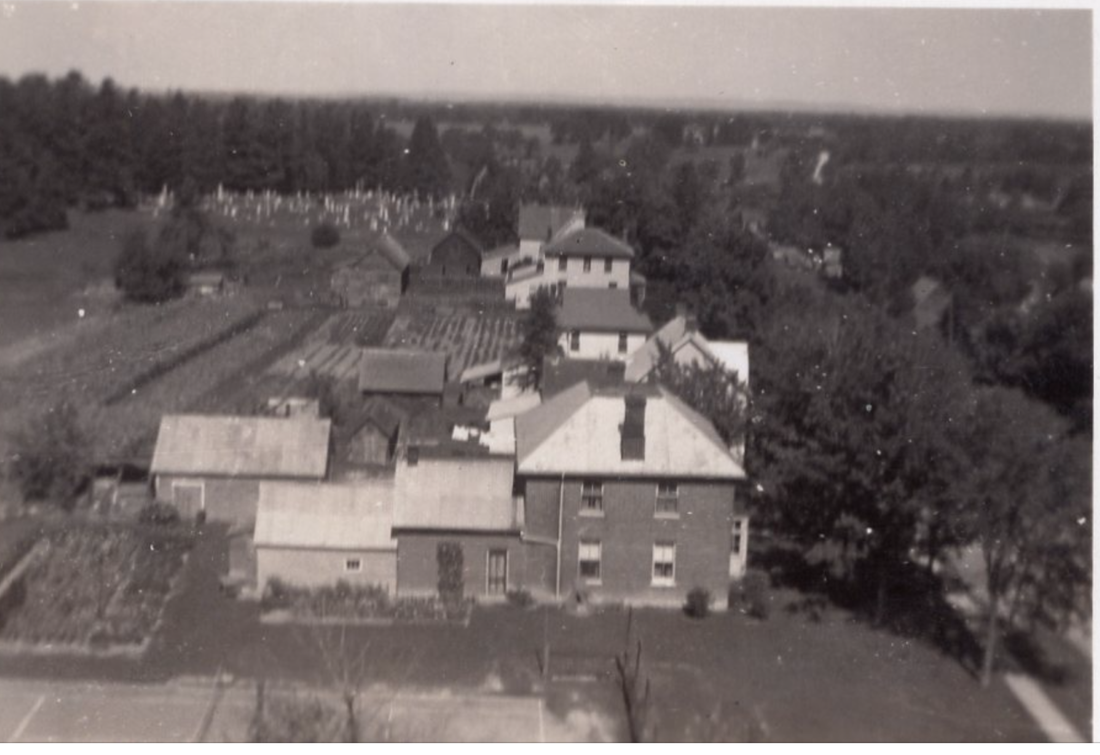 The United Church manse in the 1940’s, taken from the steeple of the Catholic Church next door. You can see all the way up to the cemetery. A large woodshed was a part of the building at that time, as wood was a key source of heat. Parishioners such as Webster Maitland brought dad wood logs which he spent hours splitting into fuel for the kitchen stove and furnace where it was augmented with coal.
​
In the period after the war, the choir was able to afford gowns for the first time. On the Sunday of their inauguration, dad had with great secrecy purchased a ministerial gown which he wore for the first time to the surprise of the congregation. I still remember people saying, “Oh, look at Mr. Turner!” I have enclosed pictures of dad in his gown at the pulpit. This would have been in 1949, on the eve of our departure to a new appointment in Bowmanville, Ontario. Before the advent of the gowns, dad wore a morning coat as his ministerial garb.
​ 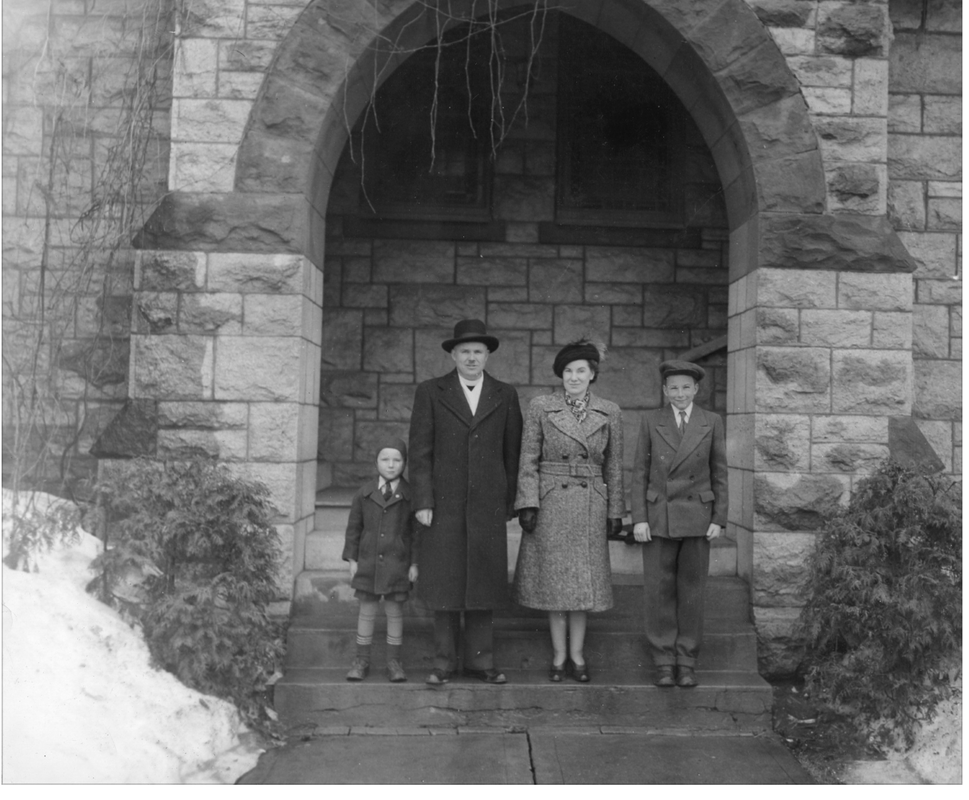 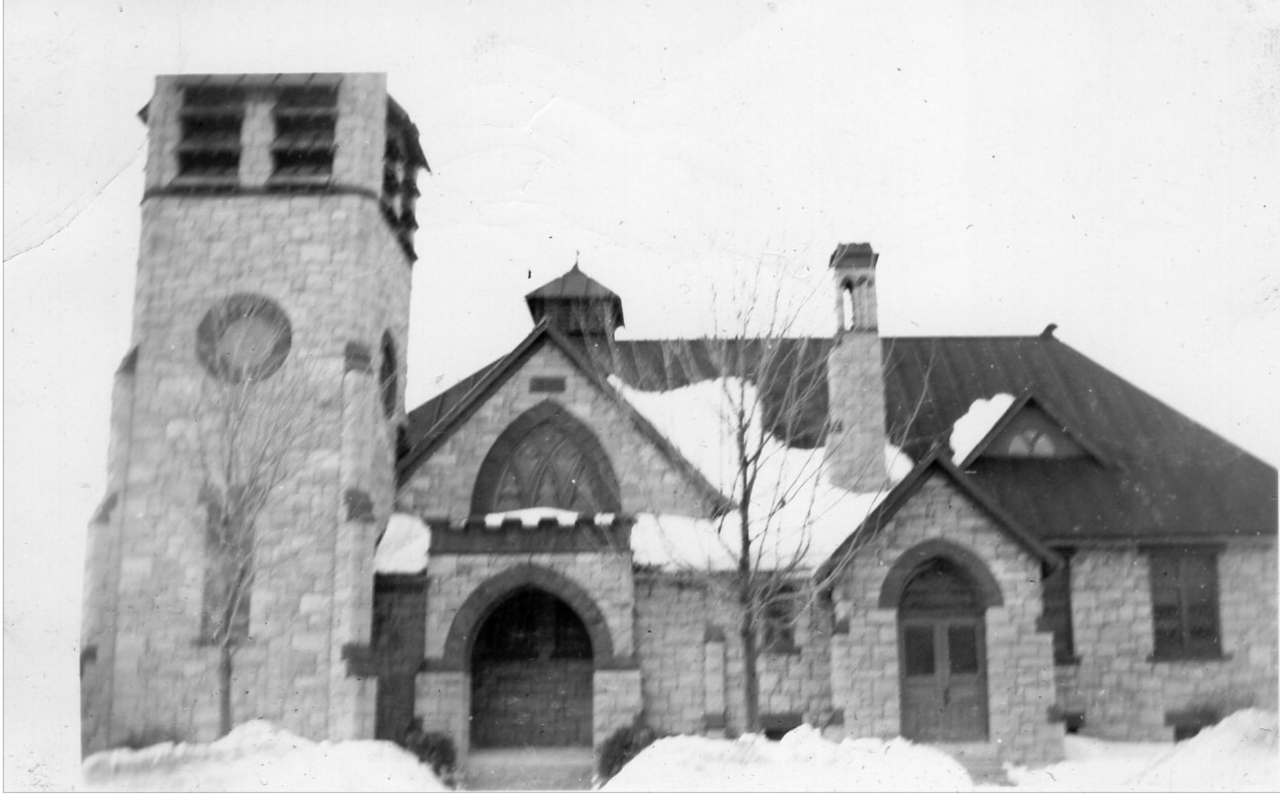