In Loving Memory of Members of Our Church Family
For archived Obituaries click here. 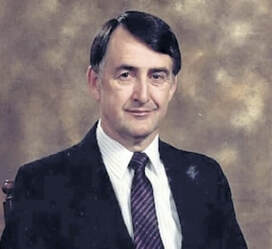 Fred Myers, of Brockville Ontario died peacefully at Lanark Lifestyles in Perth on Saturday, December 3, 2022, leaving behind family and friends who will miss him dearly.

Fred was born on August 7, 1931 in Gravenhurst Ontario where he excelled as a student, setting him on a path to Kingston Ontario where he earned an Electrical Engineering degree while attending the Royal Military College (RMC) and Queen's University. He also met Helen Campbell while in Kingston, whom he married in 1956.

Upon graduation Fred entered the Royal Canadian Air Force (RCAF) and spent 5 years at various stations. After leaving the military he moved to Hamilton Ontario for a position at General Electric, followed by a position at McMaster University in the role of Assistant to the Dean of Engineering. Simultaneously he earned a Masters Degree in Business Administration (MBA), while helping to raise 3 children. Subsequently the family moved to Kanata Ontario when Fred joined the Federal Government Public Service. He worked for the department of Industry, Trade and Commerce, eventually retiring from Foreign Affairs.

Post retirement Fred designed the home he shared with Helen in Pakenham Ontario and was active maintaining their property, skiing, enjoying their cottage, travelling and volunteering in the community. Their final move together was to Brockville Ontario's Tall Ships Landing, were they built friendships and participated as members of their condo community until Fred's struggle with dementia required a move to Lanark Lifestyles in Perth Ontario. His kind heart, quiet demeanor and subtle humor continued, even when words were failing him, to win him the love and respect of everyone he met.

An announcement will be made in the coming weeks of a Celebration of Fred's Life to be held in the spring, 2023 in St. Andrews United Church, Pakenham. In remembrance of Fred, those wishing are asked to consider memorial donations to the Salvation Army or St. Andrews United Church, Pakenham. Arrangements are in the care of Blair & Son Funeral Directors, Perth. For condolences, visit our website at www.blairandson.com 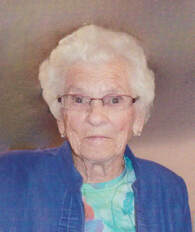 With heavy hearts the family announces the passing of Mary Marian Scott (Gillan), less than two months shy of her 107th birthday. Predeceased by her husband Robert, Mary leaves behind her loving children, Donna (Robert), David (Anne) and Walton (Trudy). She will be cherished by her grandchildren Mary-Anne (Phil), Stephanie (Corrie), Scott (Shana), Jennifer (Jeffrey), Lisa (Derek), Lori (Bryan) and her namesake, Mary (Jordan). She will be missed by her 13 great grandchildren, two of which will be born next week.

Mary lived in the beautiful village of Pakenham for over one hundred years. Together with her husband and family, the Scotts ran the Pakenham General Store and left behind a legacy. She loved baking, gardening, knitting, curling and cards and was a devout member of the St. Andrew’s United Church. Mother’s greatest joy was being surrounded by her family.
​
The family would like to thank the staff at Almonte Country Haven for their care and support over the last three years.  Donations in memory of Mary may be made to the St. Andrew’s United Church Pakenham. 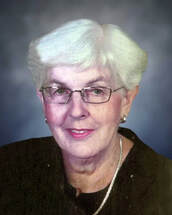 Maureen was born in 1934 and raised on a dairy farm in Pembroke. Upon completing high school, she attended Kemptville College taking courses in Food and Fashion. She then went on to Teacher’s College in Ottawa. It was at Kemptville College that Maureen met Art and they were married in 1959. They resided for over 50 years in the stone house that she so loved on the 2nd Line of Fitzroy known as Dominion Springs Drive.

Along with her family and the farm, Maureen had many passions including teaching, quilting, painting, sewing, curling, traveling, baking and hosting Bed and Breakfast guests for 25 years with her husband Art. Maureen was a long-standing member of St. Andrew’s United Church in Pakenham.

Her family would like to extend a heartfelt thank you to the Almonte Hospital and the staff at Orchard View in Almonte for their amazing care and compassion.