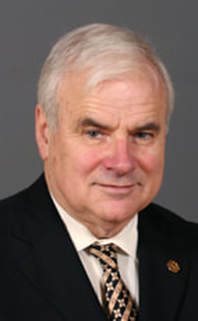 St. Andrew’s is pleased to welcome the Honourable Peter Milliken as guest speaker for our Anniversary Service. Please come out and hear Mr. Milliken’s talk and join us for lunch after the service.

The Honourable Peter Andrew Stewart Milliken, born November 12, 1946 in Kingston, Ontario, the eldest of seven children, and is a descendant of United Empire Loyalists who left the new United States of America after the American Revolution

Peter Milliken, PC OC FRSC is a Canadian lawyer and politician. He was a member of the Canadian House of Commons from 1988 until his retirement in 2011 and served as Speaker of the House for 10 years beginning in 2001. Milliken represented the Ontario riding of Kingston and the Islands as a member of the Liberal Party. On October 12, 2009, he became the longest serving Speaker of the House of Commons in Canadian history. His Speakership was notable for the number of tie-breaking votes he was required to make as well as for making several historic rulings. Milliken also has the unique distinction of being the first Speaker to preside over four Parliaments. His legacy includes his landmark rulings on Parliament’s right to information, which are key elements of parliamentary precedent both in Canada and throughout the Commonwealth.